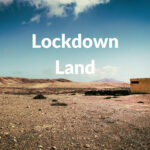 In this episode I’m talking to TV Critic Rob Buckley from The Medium Is Not Enough about TV Box Sets that you MUST watch.

The challenge I set Rob was to find box sets for us to watch within the genres of Action/Adventure, Fantasy Adventure, Comedy, Thriller, Scary/Horror and Pandamic TV show.

Tom Clancy’s Jack Ryan
Possibly the very definition of escapist, not too taxing TV – it’s holiday reading for those who are stuck at home watching TV. It’s full of action and thrills and is probably better than the original books. Two seasons, both free on Amazon Prime.

Travelers
Time travellers from the future come back to our time to prevent a terrible future from happening. The catch is they can only transfer their consciousnesses into existing people’s minds, so they end up taking over people’s lives, sometimes for the better, sometimes for the worse. It’s Canadian and stars Will from Will & Grace, but it’s a really good combination of human interest and really cool sci-fi ideas. Three seasons, all free on Netflix.

Community
One of the smartest US comedies of the past decade, with the likes of Chevy Chase and Donald Glover amongst its cast, it’s a repeatedly meta, comedy-deconstructing affair pretending to be a simple story about losers learning Spanish at a local community college. All five seasons available for free on Netflix. Oddly, the paintballing episode got its directors, the Russo Brothers, the job of directing Captain America: Winter Soldier and the Avengers movies!

Mythic Quest: Raven’s Banquet
Behind the scenes at a games development company as they get ready to deploy the new stage in their online game. It’s both obscene and highly accurate, taking on everything from sexism in gaming to the power of YouTube reviewers. It’s from the minds of the It’s Always Sunny in Philadelphia and Community people, and it’s Apple TV+’s first comedy – one season so far, with more to come.

Happy!
A failed police detective turned hitman has to rescue his kidnapped daughter with the help of her imaginary friend – a flying blue unicorn/donkey that only he (and other true believers) can see and hear. It’s a very odd mixture of cartoon ultraviolence and Toy Story that alternates between shocking and beautifully moving. Two seasons on Netflix (although the first one is much better).

The Boys
A deconstruction of the DC comic book universe that imagines a world in which superheroes are just like celebrities – and just as bad. Quite violent, quite funny, and Karl Urban has a very ‘interesting’ English accent, but has a lot to say for itself and is fun to watch.

The Bureau
It may be French, but it’s universally acknowledged to be the best spy show of the 21st century and possibly the best French TV show ever. Based on real spying, it’s a fascinating look at loyalties, double-crossing, and what it takes to be a spy. First two seasons are free with Amazon Prime; third and fourth (with a fifth to come soon) are on Sundance Now.

The Haunting of Hill House
Genuinely terrifying remake of classic ghost movie The Haunting, this is almost a showcase of directing styles and how to terrify people. One season, free on Netflix

The Last Ship
It’s from Michael Bay and it’s about a US naval ship that has on board the only scientist who can cure a global pandemic – so naturally everyone else is after her. Ran for five seasons and the first four are currently free on Amazon Prime (fifth available to buy). Basically an excuse to have the most exciting naval warfare in TV history, right down to nuclear weapons strikes.

Search for Lockdown Land on your favourite podcast app or
use one of the links below.